Domestic and feral cats and invasive foxes have contributed to the extinction of at least 25 mammals native to Australia.

When foxes were introduced to the Australian wilderness in 1845, they were released for quiet sport hunting. Cats, meanwhile, have given millions of Australians unconditional companionship. According to new research, however, the two predators kill 2.6 billion animals a year, driving many species to extinction.

This predation eliminates 697 million reptiles, 510 million birds and 1.4 billion small mammals each year. Domestic cats alone kill 500 million animals a year. This trend, which has lasted for centuries, is leading to the decline and extinction of several species.

“This huge death toll is one of the main reasons why Australia’s biodiversity is undergoing a major decline,” the study authors wrote in The conversation.

“Cats and foxes, for example, played a significant role in most of Australia’s 34 mammal extinctions, including the desert kangaroo rat which declined rapidly once the foxes reached their area,” they wrote. they continued.

Posted in the Diversity and distributions journal, the study was led by Dr. Alyson Stobo-Wilson of Charles Darwin University. He detailed in alarming detail how cats and foxes are decimating Australian wildlife and how critical it is to manage these predators – before a whole variety of unique creatures are gone forever. 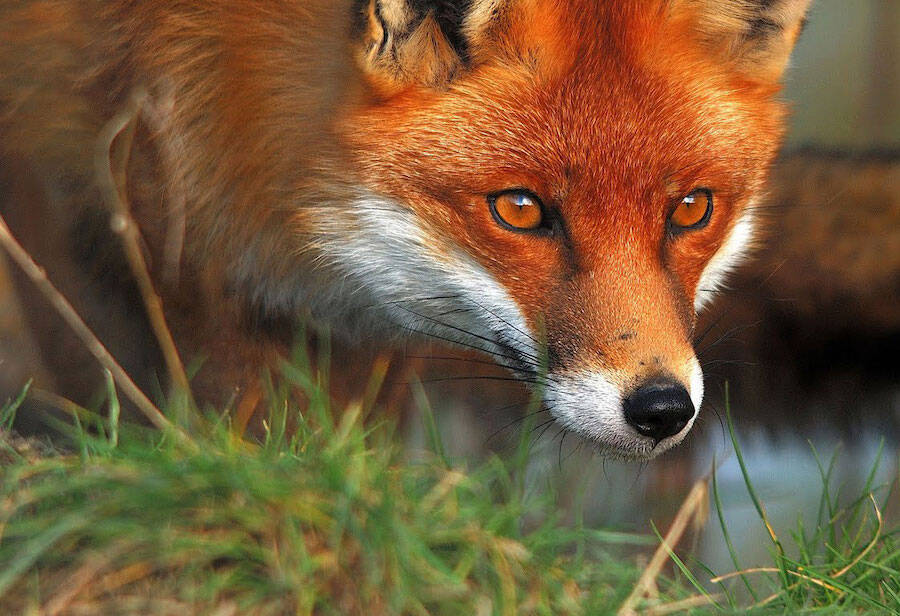 Cats are just as non-native to Australia as foxes and were brought to the continent by colonizers in the 1800s. At least 100 unique species of flora and fauna have been completely eradicated since the arrival of these two creatures . Unfortunately, the spread of their habitat only complicates the problem.

Dr Stobo-Wilson and his peers noted that Australia’s 1.7 million foxes are found across 80% of the mainland, particularly in the continent’s southern woodlands. Naturally, cats are much more prevalent due to their status as charming pets. As a result, there are currently 6.6 million across Australia, covering 99.9% of the continent.

It’s no surprise that foxes prey on larger animals than cats and readily devour kangaroos, potoroos, and wallabies. Although cats tend to focus on small animals, they destroy far more species and eat five times as many reptiles, two and a half times as many birds, and twice as many mammals as foxes.

“We have to tackle this problem of foxes and cats. People think a few cats and foxes don’t have an impact, but it adds up,” Dr Stobo-Wilson said. “If we don’t do anything about predation pressure, we will lose more species.”

Unfortunately, animals like bettongs and quolls are targets for both predators. Co-author Sarah Legge, a wildlife ecologist at the Australian National University, noted that “poor middle-class buggers are taking a double whammy” of death as a result.

“The management of domestic cats is a huge problem,” John Read, an ecologist at the University of Adelaide, told the Australian Broadcasting Corporation. “Keeping cats confined helps prevent these environmental and health impacts and keeps them from going out and raising more feral cats.” 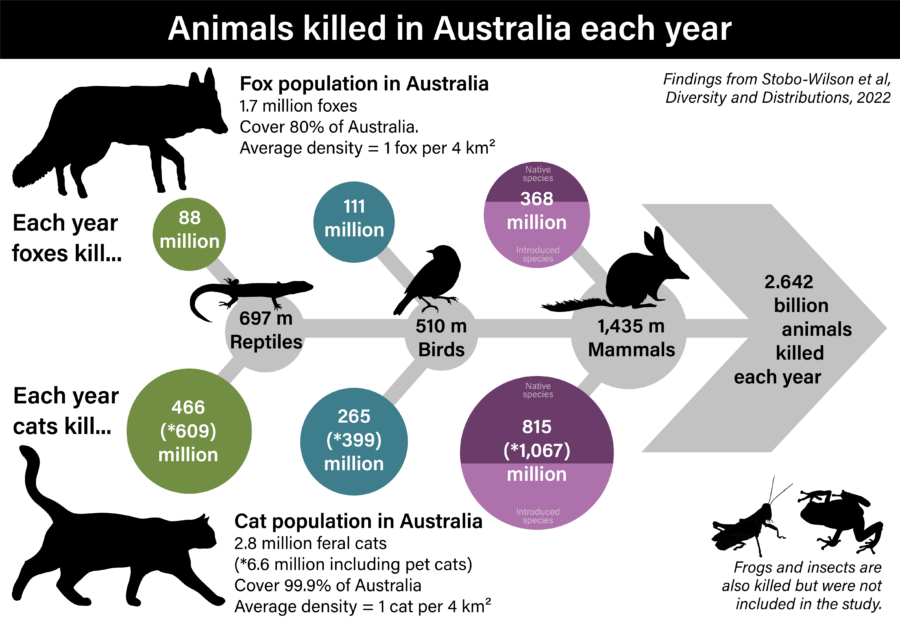 Overall, the lack of careful management of cats and foxes has driven species like the central rock rat to the brink of extinction. Legge estimated that he only had 20 years left on the planet, provided extensive measures were not taken. The eastern barred bandicoot, on the other hand, currently only exists in fenced protection.

In the end, the dire warning given by this study is not particularly new. Three years ago, government officials announced plans to kill two million feral cats by throwing poisonous sausages. However, this latest research is the first to quantify the impact of cats and foxes on the environment.

“Over the past 10 years, Australia has lost three species of mammals,” said David Lindenmayer, an ecologist at the Australian National University. “It’s not like the rate of loss is slowing down, in many cases that decline is increasing.”

Dr Stobo-Wilson noted that measures such as fenced enclosures and culling have proven effective – but more needs to be done. For her, these approaches must be intensified, on a continental scale, in order to produce significant long-term effects. In the end, she and her peers made it pretty clear:

“Australia needs to dramatically step up the management of both predators, to give native wildlife a fighting chance and to help prevent future extinctions.”

After reading about Australian wildlife threatened by cats and foxes, learn about the feral pigs that are wreaking havoc across Canada. Then read about the loss of a billion animals in Australia to wildfires.