Troy Hawks, Director of Marketing and Sales for Sunlight Mountain Resort, CO, just shared a great photo taken by one of the resort’s webcams.

The image shows a mountain lion walking around the frame in early December. Hawks shared the image on his Twitter account (@Troy_Hawks).

He says he waited to share the photo because he didn’t want the mountain lion sighting to be sensational and deter guests from visiting Sunlight. I totally understand.

Note the timestamp in the lower right corner. This photo was taken on December 4, 2021.

…yes we have cats in the area, but meeting one is extremely rare, being attacked by one while skiing is even rarer. It’s beautiful to see, but not worth the risk of it becoming too sensationalized on social media IMO… Still, I’ll be making a lot of noise on my MTB this summer 🚴‍♂️🔊

I don’t think it’s a secret that mountain lions live near ski resorts in the American West, but I could definitely see uneducated people freaking out about a big cat sighting a few days before the station opening.

Hawks insists it’s extremely rare to be attacked by a mountain lion while skiing. It’s probably even rarer to be attacked when skiing with other people at a ski resort.

It just sucks that the internet is an environment that reacts first and asks questions later, but that’s how it goes I guess…

Kudos to Hawks and Sunlight for possibly sharing this photo. It made me take a few moments to think about the land on which ski resorts sit.

This is not our land. We are lucky to share it with the different animals that inhabit it. 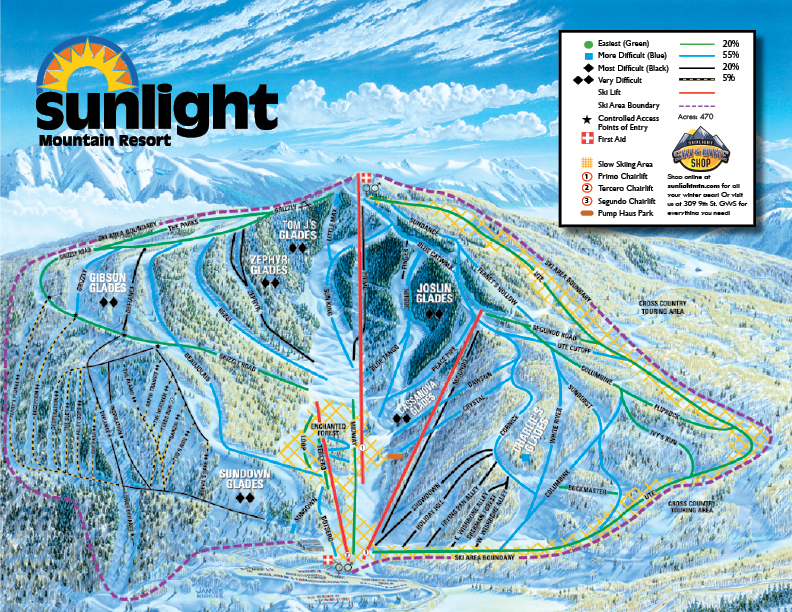