By Jessica Taylor for Mailonline

According to a new study, there are 40% more tigers living in the wild than previously thought.

A population assessment of the endangered species found there were between 3,726 and 5,578 tigers living in the wild worldwide – a huge jump from 2015 statistics.

The assessment, carried out by the International Union for Conservation of Nature (IUCN), used an improved method of animal monitoring.

Much of the increase in reported numbers is thought to be due to this more accurate and efficient method.

He added that the increase in the number of tigers can also be explained by increased conservation efforts by the governments of the countries they inhabit.

While the statistics are welcomed by wildlife experts and tiger lovers, the big cats are still considered endangered and remain on the IUCN Red List of Threatened Species. 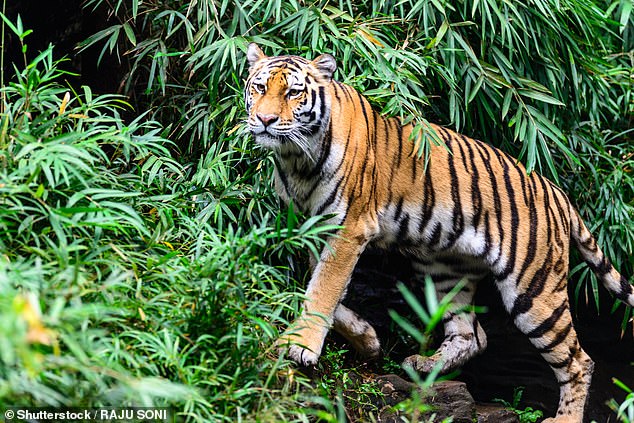 The organization said the main threats to the species are poachers, who hunt both the tigers themselves and their prey.

Another big threat to the survival of tigers is the destruction of their natural habitat, due to the agricultural industry and human settlements.

The World Wide Fund for Nature has also said the wild tiger population is improving in habitats in India, Nepal, Bhutan, Russia and China.