Wildlife biologist Paula White examines the skull of a lion at a Zambian hunting camp. photos: PAULA WHITE via nyt

Paula White, a wildlife biologist, was examining lion skulls to estimate the animals’ ages when she noticed something odd about their teeth. Instead of just showing the normal, gradual wear and tear that occurs over time, a sharp V-shaped notch has been cut into the back edge of some of the big cats‘ canines.

The bizarre marks turned out to have been caused by snares – circular wire traps that tighten like a noose around an animal’s neck or leg. The traps are usually a death trap, but the lions whose skulls Mrs. White was examining had apparently managed to escape by tugging at the wire with their teeth.

Putting this together “was a real aha moment,” said UCLA-affiliate researcher Ms. White. “It was a little gruesome but fascinating at the same time.”

Ms White and her colleague, Blaire Van Valkenburgh, a vertebrate paleobiologist also at UCLA, realized they had stumbled upon a valuable data set, which would allow them to calculate the frequency of non-fatal human-caused injuries to large carnivores.

Their conclusions, published on February 10 in the journal Frontiers of conservation science, were worse than expected. More than a third of the lions and a fifth of the leopards they examined had evidence of being trapped at some point in their lives. More than a quarter of the lions also had shotgun pellets embedded in their skulls, indicating a previous run-in with poachers or other people.

The skull of a lion that was injured in a metal trap. PAULA WHITE/nyt

“If we want these big cats to thrive, we need better data on the nature and scale of the threats they face, especially from humans,” Ms Van Valkenburgh said. “We can get this data by documenting the history of insults recorded in their bones and teeth.”

African lions are in precipitous decline. Between 1993 and 2014, the population numbers dropped by 43%, down to 23,000 wild individuals remaining today. Less complete evidence indicates that leopard numbers are also declining. 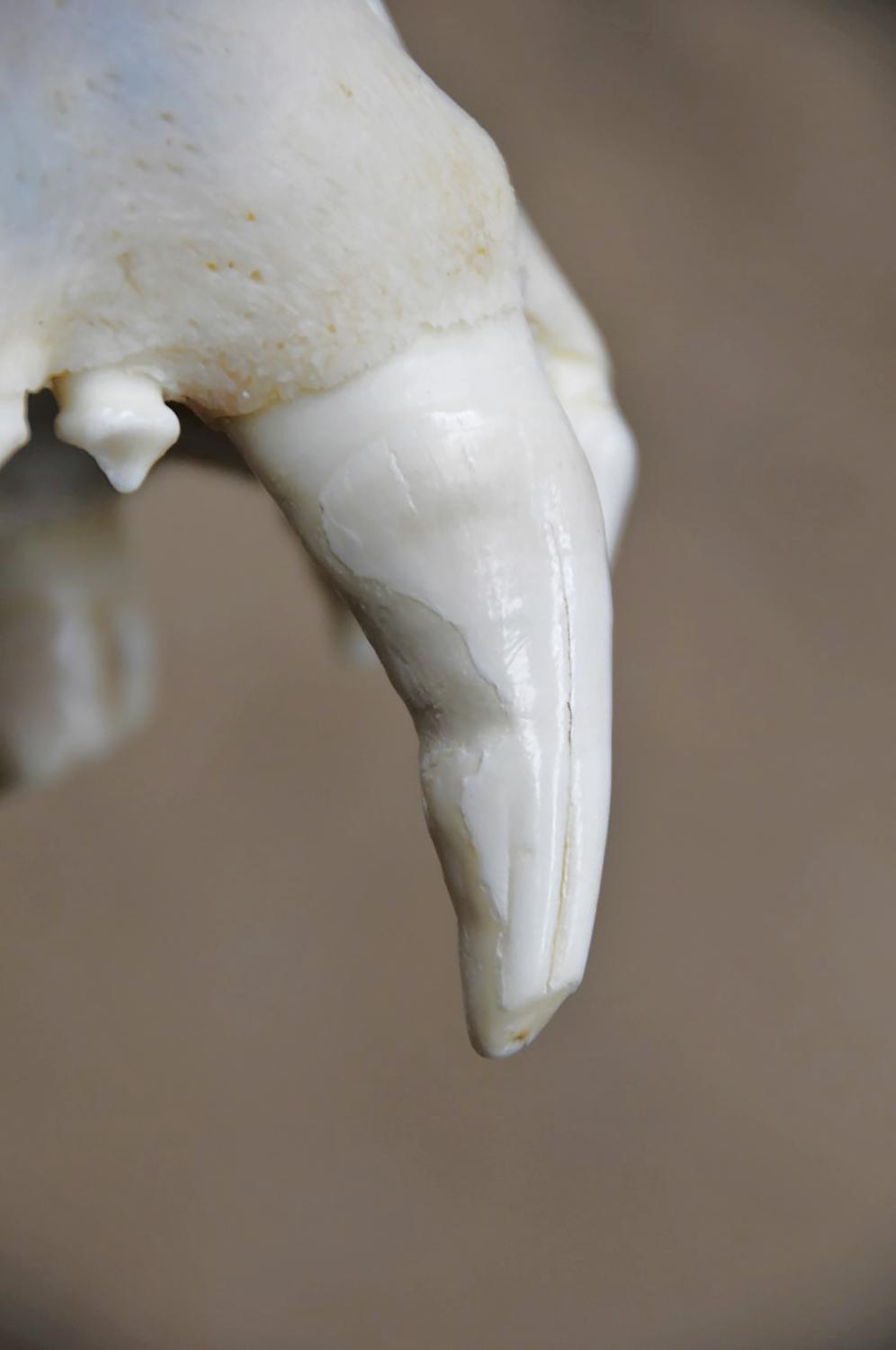 A lion canine with “collar wear”, deep V-shaped notches in the back of the tooth when biting and pulling on a metal collar. PAULA WHITE/nyt

Habitat loss is the primary threat to lions and leopards, but humans also pose a significant threat to big cats through poaching. Although the illegal international trade in lions and other big cats is on the rise, for now big cats killed in retaliation for livestock predation are the biggest problem.

Others are killed by traps set for animals such as gazelles and antelopes that are part of the bushmeat trade. Traps interfere with the survival of big cats by eliminating the prey they depend on for food, as well as accidentally catching and killing predators.

It is however difficult to determine the full extent of the impact of the trap and conflicts with people. Animals are often killed in very remote locations and cases go unreported. “Most often the animals go missing and you don’t know what happened to them,” Ms White said. If wildlife officials do manage to collect data, it’s usually for fatalities rather than injuries.

The researchers aren’t sure how the injuries they’ve documented may affect lions and leopards, but they suspect it must be significant.

“You’re looking at an animal that depends on its ability to hunt and take down large prey, which is not an easy way to make a living,” Ms White said. “Any type of physical injury is going to make life more difficult for him.”

The new research – probably the first to systematically document such injuries – arose by chance. Ms White originally worked with the Zambian government on a project that photographed the skulls and skins of adult male lions and leopards that had been legally hunted as trophies in the Luangwa Valley and Greater Kafue ecosystem in Zambia.

The archived photos were the starting point for the new study. Examining the skulls, Ms White and Ms Van Valkenburgh found that 37% of the 112 lions and 22% of the 45 leopards had evidence of having been ensnared at some point in their lives. And 27% of the lions had been shot in the face with shotgun pellets.

The results are almost certainly understated. For the snaring calculations, the researchers only considered animals that had both worn teeth and corresponding scars on their skins — not those that only had worn teeth. For the shotgun estimates, they could only examine images of the animals’ skulls, not their entire skeletons. As Ms. White said, “Our reported numbers are moderately low, if high.”

Although the results cannot be directly extrapolated to other lion and leopard habitats, Van Valkenburgh stressed that the approach “is easily replicable in countries without deep pockets or access to sophisticated technology”.

Joel Berger, a biologist at Colorado State University and the Wildlife Conservation Society, who was not involved in the study, agreed that the new method has “really broad value”.

“This is a remarkable paper that uses an imaginative diagnostic approach,” he said. 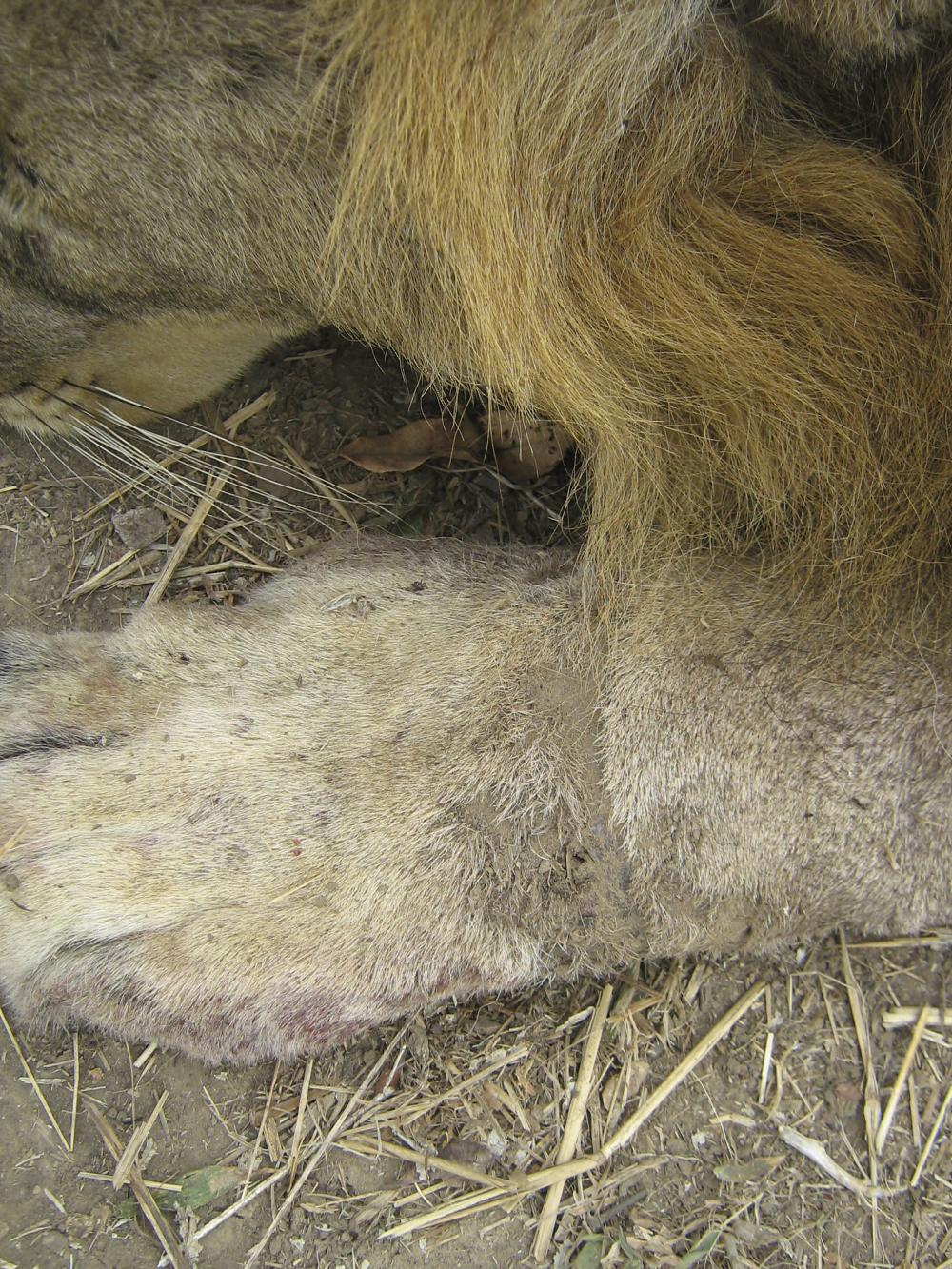 The front paw of a lion with an old scar from where a metal collar had cut its fur. PAULA WHITE/nyt

Human-caused carnivore deaths are a significant problem globally, but very few studies provide insight into the problem at the local level, Berger said. However, this kind of fine-scale information is needed if wildlife managers want to do more than make blind guesses about how best to help carnivores survive.

According to Amy Dickman, a conservation biologist at the University of Oxford, the “valuable and alarming” findings by Ms White and Ms Van Valkenburgh “suggest that pitfalls and conflict may be even more intense threats than we realize. had estimated it before”.

This underscores the need to prioritize finding solutions to these problems, Ms Dickman said. As an example, she said trapping would be less prevalent if animals had access to enough food, and they would be less likely to fight back against predators if they received education and support to better protect themselves. and protect their livestock. Engaging people directly in conservation and ensuring they derive tangible benefits from living alongside wildlife is also part of the solution, Ms Dickman said. 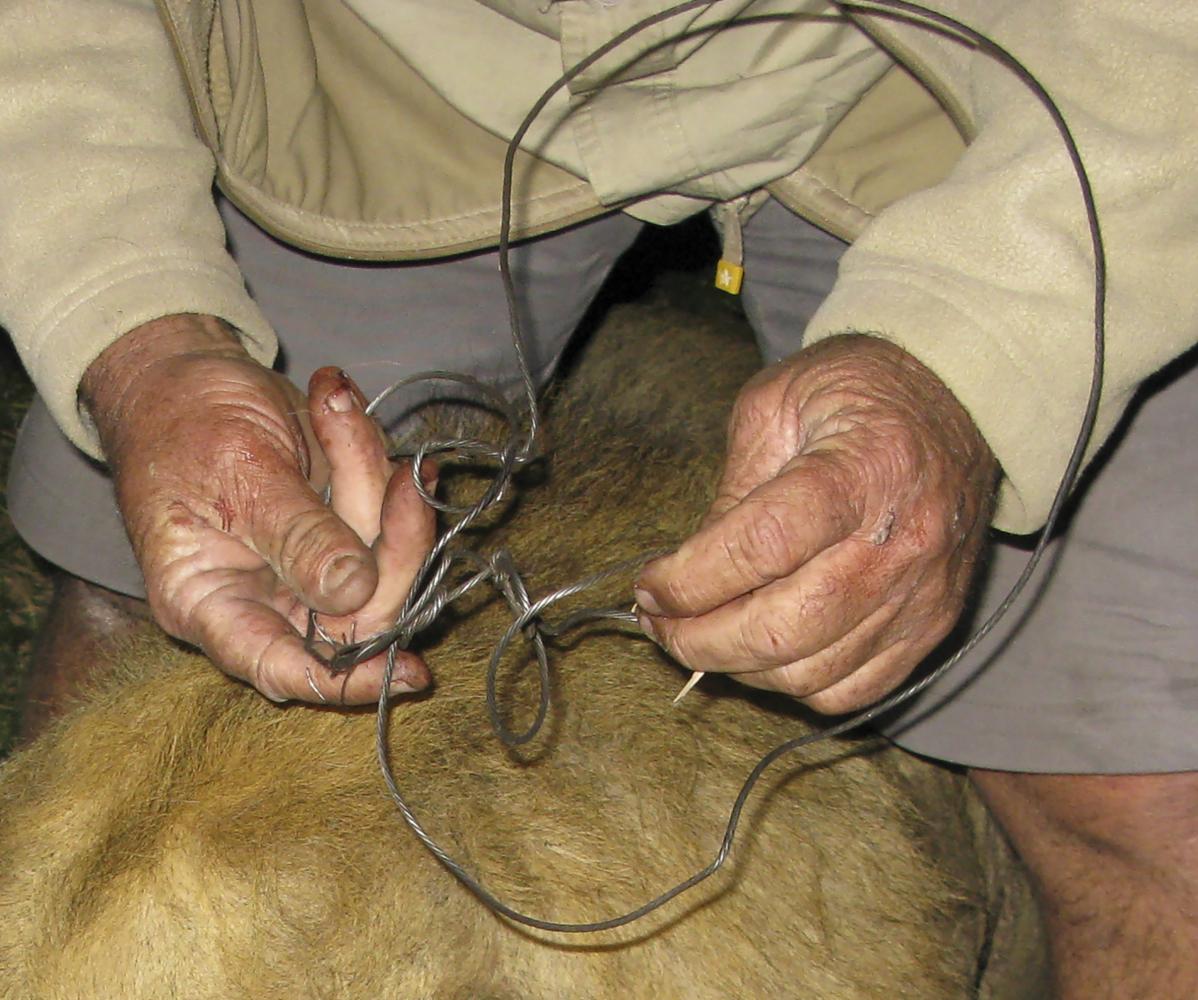 A trap found around the neck of a trophy lion. PAULA WHITE/nyt

Conservation is complex, however, and even in the best of times, wildlife can still cope with human pressure. The landscapes in Zambia where the study took place, for example, are considered strongholds of conservation, with strong anti-poaching programs and community engagement. That trapping and human-wildlife conflict is so high even in these places was a sobering revelation, Ms White said.

“It’s hard to say ‘increase the effort’, because it’s clear that there is already a lot of effort on the ground,” she said. “But if it doesn’t work, you have to think about it again.”